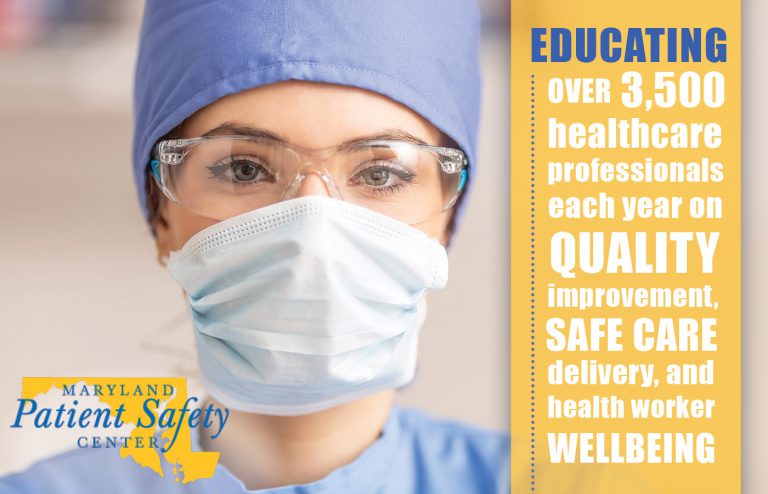 The Maryland Patient Safety Center (MPSC) was established by the Maryland Legislature in 2003 and first received designation as the state patient safety center by the Maryland Healthcare Commission in 2004.  The Maryland Hospital Association and the state quality improvement organization, the Delmarva foundation, were jointly selected as operators of the Center, for a three year period starting in January 2004.  In September 2007 the Center became an incorporated organization.  As a not-for-profit  organization, a voluntary board of directors sets the strategy for the organization.

State re-designation has been continued by the Maryland Healthcare Commission since 2004 and is in effect through until April 2025.  In addition to the state designation MPSC was one of the first 25 organizations in the nation to be listed as a Patient Safety Organization (PSO) by the federal Agency for Healthcare Research and Quality (AHRQ) under provisions of the Patient Safety and Quality Improvement Act of 2005.  These provisions have been maintained and MPSC has continued listing through December 9, 2023.

A model of patient safety innovation and implementation, convening providers, patients and families across the healthcare continuum to prevent avoidable harm and provide safe and equitable healthcare for all.

Achieve zero preventable harm across all levels of healthcare.

Create a shared culture of safety, compassion and respect among all providers.

Provide an enhanced patient experience with the involvement of patients and families in all aspects of their care.